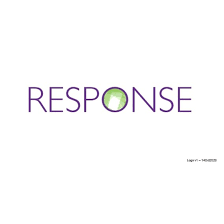 For more information see clinicaltrials.gov The following summary is provided by CymaBay Therapeutics.

RESPONSE (study number CB8025-32048) is a Phase 3 clinical research study being conducted to learn more about the effectiveness and safety of seladelpar, a new investigational drug for the potential treatment of patients with primary biliary cholangitis (PBC).

Data from previous studies in patients with PBC provide preliminary evidence of seladelpar’s potential to treat PBC. These data have demonstrated that seladelpar may improve PBC-related blood laboratory tests and symptoms of PBC, thus suggesting that it may benefit PBC patients.

The RESPONSE study is enrolling patients who have been using ursodeoxycholic acid (UDCA or ursodiol) but have not achieved the recommended treatment goal or who develop troublesome side effects from UDCA that prevent them from continuing to take this treatment. In this study, we want to find out if seladelpar can improve PBC-related blood laboratory tests and can improve symptoms of PBC, such as itching.

The RESPONSE study will also ask patients who enter the study to consider a biopsy at baseline and end of treatment. The biopsy is voluntary and performed only if it is considered safe by the study doctor. Participating in this aspect of the research study is vitally important to help researchers and regulators better understand the changes in your liver health and the effect that seladelpar has on your liver health.

Who is eligible to participate in the RESPONSE study?

To qualify for this study you must:

· Be diagnosed with PBC

· Have blood laboratory test results in the following range:

Doctors will check other requirements to confirm that you qualify for this study.

If you are currently taking UDCA, you will continue to take your UDCA at the same and recommended dose during study participation. During the study, you will be reimbursed for your UDCA for 12 months (the duration you are in the study). You will also begin to take seladelpar (study drug) or placebo, orally (by mouth) once a day for 52 weeks. At the end of the study, you may be given the opportunity to participate and receive seladelpar in the open label ASSURE long-term study (CB8025-31731-RE).

There is no guarantee at this point in time, that being treated with seladelpar will have any effect on your PBC. There is also a 1 in 3 chance you will receive placebo in this study. Placebo is an inactive substance that looks like the investigational drug (seladelpar). During the study, neither you nor your doctor will know if you are receiving placebo or seladelpar.

Initial assessment
• Ultrasound should be used to exclude other causes of cholestasis.
• Physical examination should be used to screen for hepatomegaly, splenomegaly and extrahepatic signs
of advanced liver disease.

Unexplained cholestasis
• Elevated ALP but AMA-negative (<1/40)
• Concern over, or presence of, autoimmune hepatitis

*Liver biopsy is rarely required for diagnosis in the correct clinical context; consider if disease-specific autoantibodies are absent, or concern over features of AIH or coexistent NAFLD.

Assess 1st line treatment response within 6–12 months
• Most biochemical response criteria have been validated as predicting long-term disease progression at 12 months from UDCA initiation.1 A 12-month period is conventionally used to assess biochemical response to UDCA, but it has been demonstrated that evaluation at 6 months may be equally discriminatory.
• Elastography should be used yearly to assess liver fibrosis. Elastography has been shown as one of the best surrogate markers for the detection of cirrhosis or severe fibrosis.1 It has also been demonstrated that liver stiffness measurements (as measured by elastography) of greater than 9.6kPa are associated with a 5-fold increased risk of liver decompensation, transplantation or death.3 However, the ability of elastography to predict disease progression in PBC requires further validation.

Abbreviated Prescribing Information
Presentation: OCALIVA supplied as film-coated tablets containing 5 mg and 10 mg obeticholic acid.
Indication: For the treatment of primary biliary cholangitis (also known as primary biliary cirrhosis) in combination with ursodeoxycholic acid (UDCA) in adults with an inadequate response to UDCA or as monotherapy in adults unable to tolerate UDCA.
Dosage and administration: Oral administration. Hepatic status must be known before initiating treatment. In patients with normal or mildly impaired (Child Pugh Class A) hepatic function, the starting dose is 5 mg once daily. Based on an assessment of tolerability after 6 months, the dose should be increased to 10 mg once daily if adequate reduction of alkaline phosphatase (ALP) and/or total bilirubin have not been achieved. No dose adjustment of concomitant UDCA is required in patients receiving obeticholic acid. For cases of severe pruritus, dose management includes reduction, temporal interruption or discontinuation for persistent intolerable pruritus; use of bile acid binding agents or antihistamines (see SmPC).
Moderate to severe hepatic impairment: In patients with Child Pugh B or C hepatic impairment, a reduced starting dose of 5 mg once weekly is required. After 3 months, depending on response and tolerability, the starting dose may be titrated to 5 mg twice weekly and subsequently to 10 mg twice weekly (at least 3 days between doses) if adequate reductions in ALP and/or total bilirubin have not been achieved. No dose adjustment required in Child Pugh Class A function.
Mild or moderate renal impairment: No dose adjustments are required. Paediatric population: No data. Elderly: No dose adjustment required; limited data exist. Contraindications: Hypersensitivity to the active substance or any excipients. Complete biliary obstruction. Special warnings and precautions for use: After initiation, patients should be monitored for progression of PBC with frequent clinical and laboratory assessment of those at increased risk of hepatic decompensation. Dose frequency should be reduced in patients who progress from Child Pugh A to Child Pugh B or C Class disease. Serious liver injury and death have been reported in patients with moderate/severe impairment who did not receive appropriate dose reduction. Liver-related adverse events have been observed within the first month of treatment and have included elevations in alanine amino transferase (ALT), aspartate aminotransferase (AST) and hepatic decompensation.
Interactions: Following co-administration of warfarin and obeticholic acid, International Normalised Ratio (INR) should be monitored and the dose of warfarin adjusted, if needed, to maintain the target INR range. Therapeutic monitoring of CYP1A2 substrates with narrow therapeutic index (e.g. theophylline and tizanidine) is recommended. Obeticholic acid should be taken at least 4-6 hours before or after taking a bile acid binding resin, or at as great an interval as possible. Fertility, pregnancy and lactation: Avoid use in pregnancy. Either discontinue breast-feeding or discontinue/abstain from obeticholic acid therapy taking into account the benefit of breast-feeding for the child and the benefit of therapy for the woman. No clinical data on fertility effects. Undesirable effects: Very common (≥1/10) adverse reactions were pruritus, fatigue, and abdominal pain and discomfort. The most common adverse reaction leading to discontinuation was pruritus. The majority of pruritus occurred within the first month of treatment and tended to resolve over time with continued dosing. Other commonly (≥1/100 to <1/10) reported adverse reactions are, thyroid function abnormality, dizziness, palpitations, oropharyngeal pain, constipation, eczema, rash, arthralgia, peripheral oedema, and pyrexia. Please refer to the SmPC for a full list of undesirable effects.
Overdose: Liver-related adverse reactions were reported with higher than recommended doses of obeticholic acid. Patients should be carefully observed, and supportive care administered, as appropriate. Legal category: POM Marketing authorisation numbers: EU/1/16/1139/001 & 002
Marketing authorisation holder: Intercept Pharma Ltd, 2 Pancras Square, London, N1C 4AG, United Kingdom Package quantities and basic NHS cost: OCALIVA 5 mg and 10 mg £2,384.04 per bottle of 30 tablets. Date of revision: 11th April 2018